October 10, 2009
Color me amazed, but there is not one but TWO "chick flicks" in theaters that challenge female conventions of the genre, Jennifer's Body and Whip It. Now I'm not going to claim that either film is great cinema, but if I had a daughter, or if I even knew any teen-girls, I would want them to see these two movies.

While is isn't uncommon for horror movies to provide plenty of roles for women, it is rare to see one that actually understands the women portrayed. Screenwriter Diablo Cody and director Karyn Kusama understand girls and with Jennifer's Body, they have crafted a horror movie that does not hinge upon fear of female sexuality and power, but instead plays upon the actual horrors of being a teen-aged girl. 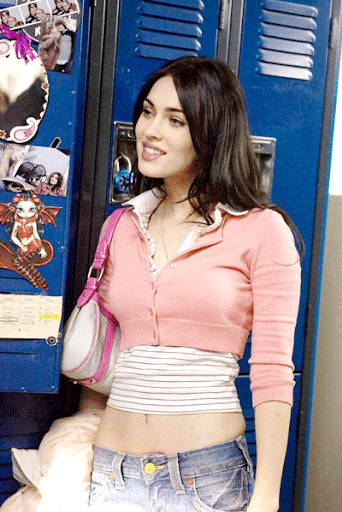 wear the lockets to prove it. But like so many high school friendships, the two girls are not equals. Needy is what her name implies. She's a bit nerdy, smart, and has a boyfriend that cares about her. But Jennifer is the most important person to Needy. Jennifer is perfect in Needy's eyes. She's beautiful and knows it and her looks gives her power in the realm of high school, i.e. popularity. Jennifer even speaks in the manner of a popular girl, being the only character who routinely uses the lingo that Diablo Cody coined in Juno. But Jennifer is not just the typical early bloomer that has learned to use her prematurely developed body to gain status, she also uses it to eat boys.

To Jennifer, her looks are everything. They are the source of all of her power, so Needy poses a threat. Not a serious threat, as beauty trumps smarts, but enough of a threat that Jennifer cannot seem to keep her hands or um... teeth... off of the boys that like Needy. I have never seen such a perfect depiction of friendship between girls. I knew girls like Jennifer and Needy in high school. Hell, there were times when I was each of them. In California, I was Needy to my BFF who always had some ill-advised adventure underway with older boys. I was more interested in protecting her then in boys. But in Spokane, I morphed into a Jennifer and finally tasted the power of looking and acting older than my peers. And while I don't remember being a shit to the girls that looked up to me, I probably was just because of the ugly lessons learned over the years prior. Because no one delivers life lessons in quite the same cutthroat way as a teen-aged girl.

And that is what I see at the heart of Jennifer's Body. The story of a friendship with a beautiful girl, who actually IS a monster. And the discovery that what will finally destroy that demon girl, is the realization of the destruction of the friendship.

Whip It is feels less t 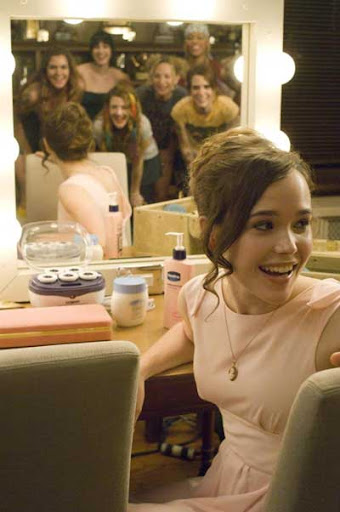 rue about the experience of growing up a girl, but instead revels in the potential power of sisterhood. Drew Barrymore's directorial debut is a very formulaic coming of age story. There are literally no surprises in this story about small town girl, Bliss (Ellen Page), who learns confidence and independence in roller derby.

While Whip it doesn't know too much about today's women's roller derby, like that it is now on a flat track, it does understand the spirit of female empowerment that blossoms alongside the derby. The film spends little time with the women that are Bliss's inspirations, teammates and rivals, but it does use the screen time with the roller-girls to paint a portrait of mature women who have found a home within the derby leagues. And they are shown as tough, independent, and surprising women. One character has children, and Bliss' rival, Iron Maven (the badass Juliette Lewis) is nearly two decades older than the 17 year-old Bliss. But the most important element brought to the screen is the spirit and fun of roller derby.

The women of Whip It are fun, tough, exciting. These are women that are a blast to spend 90 minutes with. So while I have no new insights on life from seeing Whip It, I had a great time. But the best experience came after the movie in the ladies bathroom, where I could hear the excited conversations of young women who minutes after seeing Whip It are ready to go out to Rat City Roller Derby matches and maybe get some skates of their own.