3 days and three movies in

October 03, 2010
Day 3, of the October Horror Movie Challenge and already, it's time to change strategies. Apparently, when I pick a horror movie, I can REALLY pick them. I think it is safe to say that if we keep going, Nate and I will have PTSD by the end of the week.

So far the tally is 3 films, 2 first viewings.

We started today with Carrie (1976), which we both had seen previously, but not for many years. I hadn't remembered the lascivious male gaze or the overt misogyny. But this might be the elements that gives the film a surprisingly authentic depiction of High school experience. there were plenty of times when I would have loved to have gotten rid of the entire school in a giant ball of fire.

But the movie that ne 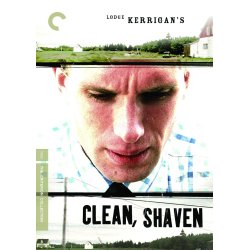 ither of us had seen before was Clean, Shaven. This film caught my attention three years ago, when I attempted to complete the challenge, but never managed to get my hands on it during October. So I rented it this October and between it and Buried, I don't think Nate is going to play October Horror Challenge with me anymore. Clean, Shaven was a difficult film to watch.

Peter Winter (Peter Greene) is searching for his daughter, which is difficult to focus on when everything is a distraction. The sound design of Clean, Shaven attempts to recreate the experience of schizophrenia. Peter is constantly overwhelmed by noise, the humming of power lines, radio static, every sound seems jarring and agonizing. And in this world, Peter wants to find his daughter, but he also seems to hear voices and suffers from delusions about a transmitter in his head.

Clean, Shaven was also a murder mystery while being a study of a man with a severe mental illness. It was really quite fascinating as a murder mystery, since the narrative is primarily through Peter's eyes, making it nearly impossible to discern whether a crime has even been committed. This is a very complex film that would probably benefit from repeat viewings, but I personally don't have the stomach to revisit it. There are some seriously grizzly scenes of self-harm and the sound design was agonizingly intense.

So next on the agenda would be some films that fall into the horror genre, but are a little less horrific. It is time for a reminder of just how much fun horror movies can be.