December 13, 2010
People come to the cinema with very different motivations. For some, a movie is pure escapism. Some are looking for intellectual stimulation, or maybe to get caught up in an emotional experience. The reason I keep returning to the theater is to catch brief glimpses of my personal realities on screen. In college, I went to nearly every movie with a gay character or a queer subplot. I was searching desperately for a glimpse of the future I wanted for myself, before I even had a fully formed notion of my adult identity. I only knew that the path that most people take in life was not the road I was traveling. I always knew that I wouldn't be a wife, a home-maker, a mother... And it was through my worshiping at the alter of the cinematograph that I occasionally glimpsed images of alternative lives.

In all of this search 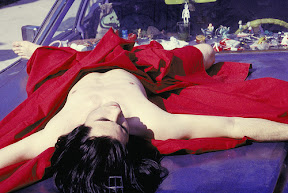 ing, there is one filmmaker that I feel a strong kinship with, Gregg Araki. I had read of Araki and his cinema long before I had seen or even heard a plot outline for any of his films, as during the 1990s, Gregg Araki was one of a minority of queer figures that did not identify as gay, but as bisexual. There still aren't too many public figures that reject the binary of gay or straight. I had put Araki on a pedestal long before I had seen any of his films.

And then, Doom Generation was released. To be fair, I still have not revisited Doom Generation, the second film of Araki's teen apocalypse trilogy, but I swore that I would never, ever see another Gregg Araki film after and I still don't have much desire to see it again. Pretty strong words considering the movie featured a young and perky Rose McGowan. And I felt more than justified in avoiding Araki at all costs, after reading what others have written about his cinema. I was definitely not alone is strongly disliking an Araki film. In fact, the critical consensus on his films ranged from dismissal to hatred. 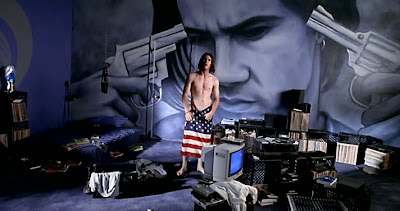 But more than a decade later, I was at a screening for an Araki film. It wasn't my first choice and I was filled with dread, but Gregg surprised and delighted me with Mysterious Skin. So much so, that the film immediately joined my favorites and I started to work my way though his previous films and an amazing thing happened, Araki's cinema made sense to me and now quite a few of his movies remain on frequent rotation as guilty pleasures. Once I stopped looking for film art, but movie camp, I started to enjoy Araki more. 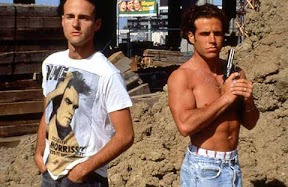 With the exception of two films, Mysterious Skin and The Living End, Araki films do not take themselves at all seriously. He populates his films with young, queer, Californians and puts them in highly sexual and downright bizarre situations. Everything about Araki's cinema is reckless, artificial and steeped in 1990s aethetics and sentiment. The dialog is ridiculous and there is no attempt at creating plausibility. Not only aren't the films steep in any recognizable reality, but some of them are downright awful, but despite this, I have grown very fond of Gregg Araki's alternative reality. Unlike his first film, The Living End, Araki's universe has complete sexual liberation. There is no angst due to sexual orientation or attraction. Polyamory causes some short lived drama, but the characters are struggling with a different existential crisis.

Dear Diary, what a day, I swear I've never been do depressed, miserable, and lonely in my entire life. It's like I know there's got to be somebody out there somewhere... just one person in this huge, horrible, unhappy universe who can hold me in their arms and tell me everything is going to be okay. And how long do I have to wait before that person shows up? I feel like I'm sinking deeper and depper into quicksand... watching everyone around me die a slow, agonizing, death. It's like we all know way down in our souls that our generation is going to witness the end of everything. You can see it in our eyes. It's in mine, look. I'm only 18 years-old and I'm totally doomed 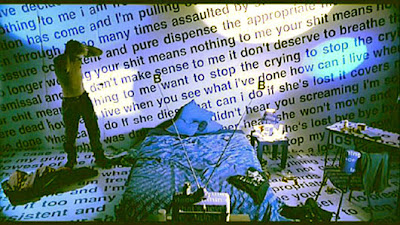 While there are plenty of examples of so bad it's good dialog, it is amusing, and laughs of the whole GenX outlook. But there is a wonderful earnestness to the sincerity to Araki's characters. But despite the negative outlooks of the characters who inhabit these movies, none of them are apologetic about their sexualities. I love that in a Gregg Araki film, there is little attempt to define anyone's sexual orientation. Boys have sex with girls. Girls with girls. Boys with Boys. Sometimes all in the same afternoon. And most refreshing, is that no one cares. Araki just allows us to watch these young attractive people have lots of sex on screen in an atmosphere that is more celebratory than the real world.
This hasn't always been the case in Araki's films. The film that launched Araki into the center of the new gay cinema of the 1990s, The Living End, is a allegorical road trip into hell for two HIV+ gay men. The Living End is Araki's last film that has any hint of self loathing. His teen apocalypse trilogy is a celebration of destruction and the reckless sexuality of youth. But the film that fills me with complete delight everytime I watch it is his take on Jules and Jim, Splendor. Many films have referenced Truffaut's tragic manage a trois, but like the original, the films always end badly. In Splendor, Araki's most conventional romantic comedy, Veronica cannot choose between the two men she is dating, sensitive writer Abel and rock drummer, Zed, so she moves in with both of them. This threesome begins well, but over time, Veronica becomes frustrated with the immaturity of both men and leaves them for a director who promises maturity and financial stability for her unborn child. The threat of losing Veronica forces Abel and Zed to win Veronica back and they all live happily ever after.