January 15, 2011
Two nights of insomnia and an evening conversation has me trying to remember the movies I loved as a kid. The problem is that there are so many. I have always blamed Thelma and Louise for being the film that created my addiction, but after a couple of restless nights, I realized that this started much earlier. 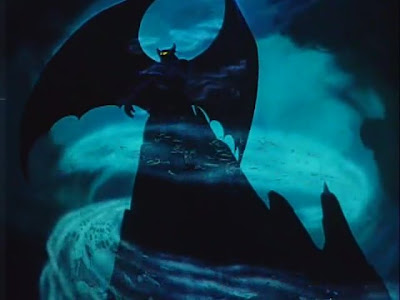 In the late 1070s, my mother bought her first VCR (VHS format) and she immediate set out to collect movies, in the days before they were available for home collectors. Early on, I remember seeing most of the Disney classics and westerns. Later, she moved on to collecting everything. The library grew to hundreds and then thousands of video tapes and my home became a regular location for movie nights. I wasn't allowed to participate, so I would crawl into the hallway at night and watch in the darkness. This is how I first saw Alien and Close Encounters and oddly, it is still the Spielberg movie that chills me.

My childhood wasn't typical. My parents were not fond of kids so I didn't really have friends growing up. I wasn't allowed to have people over and I wasn't allowed to go to other people's homes to play. So my childhood was very centered on digging up fossils in the yard, i.e. remains from Dad's hunts that I was convinced were ancient fossils from strange, now extinct beasts, dancing, drawing, and watching movies. Yes, I watched many, many hours of film as something was always playing. 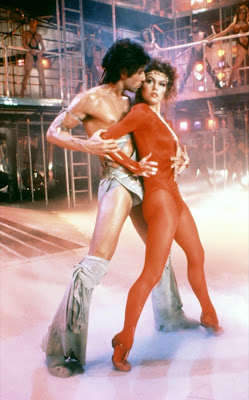 Some of the early favorites are obvious and even age appropriate. Watcher in the Woods and Something Wicked This Way Comes were frequently viewed and generally, I preferred them to the classic Disney animation, since to this day, I still believe that cartoons are for babies and I am not a baby, but there were a few of the classics that I loved despite myself. I couldn't keep myself from watching Sleeping Beauty, because I loved the dragon at the end. One of my favorite picture books was of Brayer Rabbit and the tar baby, so Song of the South was an instant favorite. But my very favorite of the Disney classics was Fantasia. I loved the dinosaurs, the Greek mythologies and especially end sequence of Night on Bald Mountain with the ghosts and demons. I really need to watch this again as it has been a decade or more since I've seen it.

The movie that changed my life, was in 4th grade when I saw Staying Alive for the first time. I begged my parents to let me give up the cello and take dance lessons. So yes, it was John Travolta and Finola Hughes that gave me the idea that I wanted to dance. Sure, I also loved Singing in the Rain, but it was the emphasis on auditions and studio classes in Staying Alive that led to the idea that one could dance as a career.

And then there are the seriously age inappropriate movies that make me wonder whether I was in fact a pre-teen boy: Conan, the Barbarian, Blade Runner, The Terminator, 9 Deaths of the Ninja, and Spirtual Kung-Fu. Later, I would add 9 1/2 Weeks and Two-Moon Junction to my very favorites, but I don't know that at 15, that still counts as childhood. Those might be my young adult favorites. And there are so many others that are difficult to categorize: Rear Window, The Magnificent Seven, Ladyhawk, The Karate Kid, Adventures in Babysitting, Gremlins, and The Trouble with Harry.

And then there were the movies that I saw repeatedly at the dollar theater in the summer. Indiana Jones and the Temple of Doom and Ferris Bueller's Day Off. In one summer, I saw Temple of Doom 13 times and could quote huge portions of it. Actually, I still can.

And finally, there was the movie that taught me that my taste was much more evolved then my peers. I loved The Court Jester (1955) and would watch it on repeat. Once I actually had some classmates over and they wanted to watch a movie so I showed it to them. And they were bored. Hmmm, I wonder if this is the root of my disappointment in humanity? Perhaps.