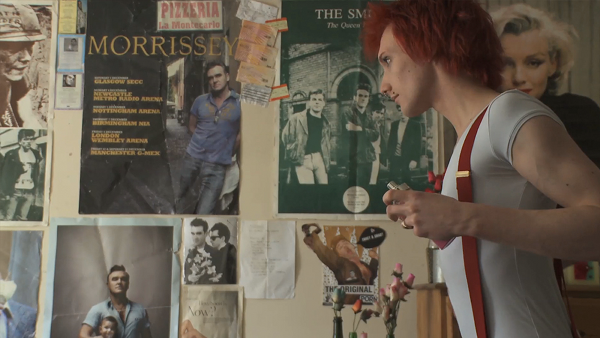 The short film, In Their Room: London from director Travis Mathews is an experimental film simply observing gay men in the privacy of their own rooms. It shows probably 10 men grooming, sleeping, dressing, undressing, searching the internet for hook-ups, showering, even using the toilet.

I don't really have much to say about this film. It gives a glimpse into a diverse array of lives. But really, those lives aren't all that diverse. Mostly white and mostly bearded, engaging in very similar activities. I guess this makes a few men stand out. Like the man pictured above, surrounded by images of Morrissey as he applies make-up, the elderly cross-dresser, and the black man do stand very separate from the others, despite the fact that they are all engaged in very similar activities. Perhaps in privacy we reveal our shared, humanity as many engage in the grooming rituals dictated by a shared culture?

The most frustrating aspect of In Their Room: London was the lack of time devoted to any one individual. This may reveal my frustration with the male gaze, but I wanted more time with each individual. I wanted more than an often silent snapshot of these lives, one can find that in a photo essay, but a documentary portrait. I wanted to know each man and see the world through his eyes, not just gaze upon him. In that way, In Their Room may be a revealing project, but one with certain frustrating imposed limitations. 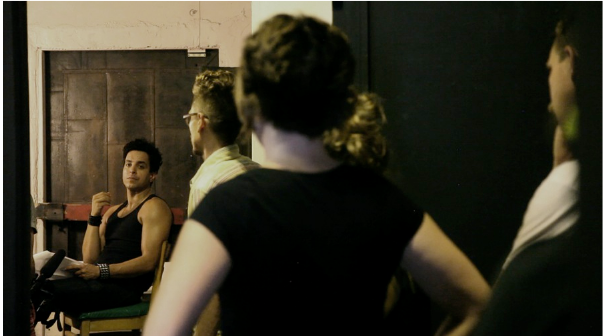 INTERIOR. LEATHER BAR. is also very much an experimental film long referred to as the James Franco Gay Bar project. Franco collaborated with director Travis Mathews conceiving of a film exploring the 40 minutes of film cut from Friedkin's Cruising. Those 40 minutes were filmed in an actual New York City gay leatherman's bar and included shots of un-simulated gay sex. Initially, this project was about an attempt to recreate, or re-imagine that lost footage.

INTERIOR. LEATHER BAR. not at all that film. Introduced by director Travis Mathews, he was clear to explain that imagining that lost footage was only the starting point for this film. It is instead a film about straight actors comfort with playing gay male roles. And the film is an intellectually fascinating examination of masculinity and homophobia.

The film focuses on James Franco's friend, Val Lauren, who has agreed to play Al Pacino's role in this project. Val voices his concerns about the project immediately. He doesn't understand his friend's interest in it, but agrees to it because he trusts Franco. We follow along as Val discusses the project, shares reservations, and generally bonds with the other actors on set who are equally in the dark about what is expected.

Really, the actors didn't seem to have much to fear. Travis hired plenty of gay men who donned leather and looked the part of men in a 70s leather bar, but probably didn't go to the extremes that Friedkin's cast might have witnessed. Mostly, the guys were expected to dance with each other as more explicit activity happened around them. In a few cases, one of the presumably straight actors would be asked to use a wooden paddle on a man, but they're limits were totally respected concerning any sexual interactions on the set. Really, the film was more interested in watching how the guys maintained a professional demeanor at times when they were not entirely comfortable with real gay sex happening. And the outcome was surprising.

Val was obviously uncomfortable, even when not in character, but by the end, he was obviously not only more comfortable with the project in general, but specifically more at ease with the gay men in the cast. He even approaches a couple that had sex on camera to let them know that their scene was beautiful in the way you could see the love they feel for one another.

INTERIOR. LEATHER BAR. is not a film for everyone as it is neither documentary or a work of fiction, but rather an acting project that is most interested in the new world that young actors are in today. What the film seems to be asking is just how comfortable men are today with gay roles and acting with out gay men. And this film suggests that while not everyone started out totally okay with the gays, the men were quick to adapt. Our culture seems to be changing right infront of us and that is what this film captures.

An aside. I still hope that those lost 40 minutes of Cruising are unearthed. Actually, I've never seen Friendkin's film, but am eager to today. Cruising undeniably casts the gay leatherman's culture in a very homophobic light, but today, I see the film, especially the unseen footage, as historically important. Today, the gay leather bars are all but gone. Thanks to the AIDS epidemic and the migration away from bar culture in general due to grindr, the leather scene is quickly disappearing. I should have bought a drink in a leather bar back in 1998 when I had the chance. 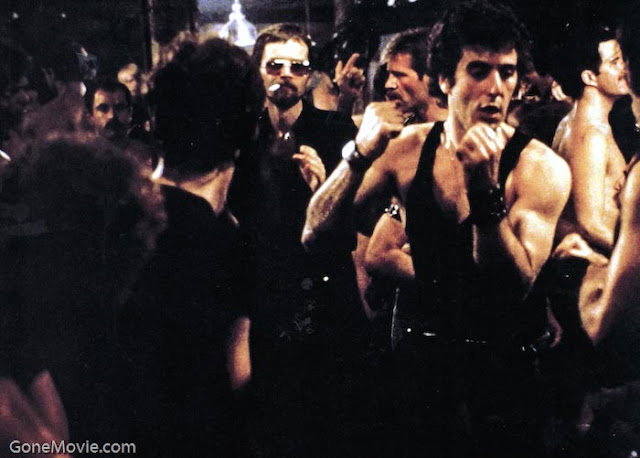