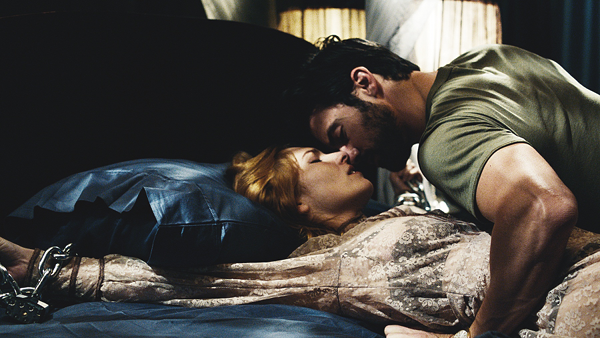 Recent cinematic incarnations of the vampire are completely infatuated with the romance of the mythologies of immortal being that's only vulnerability is daylight, but all but forgotten is the inherent horror of an unliving creature with an all encompassing thirst for human blood. Kiss of the Damned enriches the eroticism with a healthy serving of horror. Xan Cassavetes pays homage to of the vampire movie of long ago. From the opening shots of something primal and hungry rushing through the night, until the screen is splashed in red in a sequence that has more in common with the B-movie or the erotic horror movies of Europe during the 1970s than the blood sucker that have become all too common place at the movies.

The scales began to tip away from the horrific in the 1980s, with Anne Rice. In her novels, the emphasis was placed on the homo-eroticism inherent in the vampire's kiss, which seemed more often to result in the gift of immortality and enduring companionship (domestic partnership?), then a frightfully alluring promise of death. At the time of the novels, the AIDS epidemic was raging in gay communities and fundamentalists pointed the epidemic as evidence of judgement from the almighty, so it isn't surprising that parallels were drawn between the world of Rice's gay vamps and the mysterious gay cancer.

Djuna is staying at a summer estate, a vampire safe house of sorts, when she attracts the eye of a young writer. This culminates in some late night movie rentals, where as things start getting really exciting, Djuna pushes Paulo away with little explanation except something about a rare medical condition. You know the one. It is evident by her pale complexion and the tendency to burst into flames if caught out in the daylight.

But the new vampire NRE is quickly diminished by the arrival of Mimi, Djuna's sister. Unlike Djuna, Mimi has absolutely no qualms about feeding on humans. Mimi goes out every night to lure very eager and willing victims into offering their flesh, but she is really only after their blood. Mimi in not exactly the role model Djuna wants around while she is still teaching Paulo the ways of ethical vampirism. And thus, there is plenty of conflict and virgin blood to keep things exciting. Kiss of the Damned provides numerous sexy vampires in anachronistic clothes with European accents and places primary emphasis on what has always been central to the appeal of vampires. They are mysterious creatures of the night with the power to allure helpless human victims to their untimely death. This is why the vampire is both a creature of horror and that of romance novels. Xan Cassavetes got the tone exactly right, bringing to (un)life a gothic and bloody S&M fantasy. I approve. 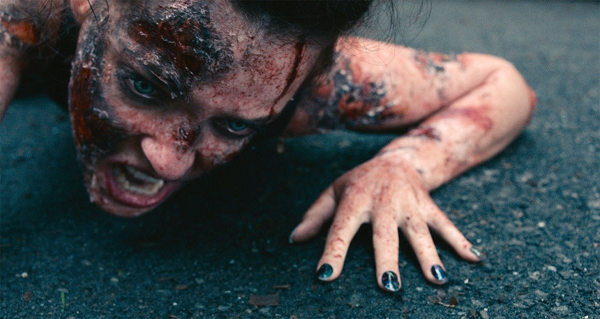