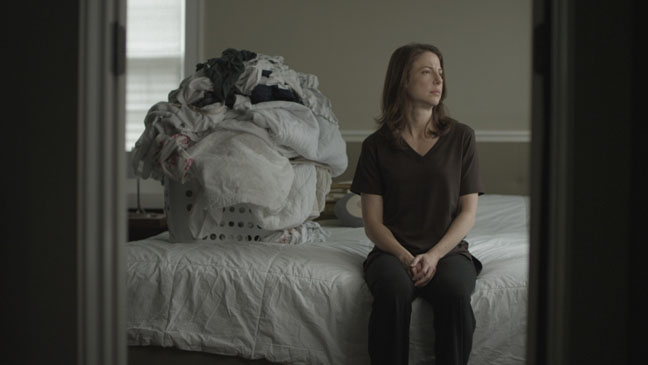 The simplicity of the plot synopsis, does not do justice to the film's emotional complexity. Abby, played masterfully by Robin Weigert, is overwhelmed by a sense of isolation and alienation despite living a good life with a family that she loves. At the beginning of the film, Abby is losing her temper with her two children as her wife of 20 years is trying to get Abby to the emergency room with as little drama as possible. Kate chastises Abby for shouting at the kids. Abby, holding ice to her head with blood matted in her hair after taking a softball to the head, is very relatable in her anger and marital dissatisfaction. From that moment forward, Abby begins a journey to discover what is missing and this takes her into a world of high class, lesbian call girls.

Concussion is about an emotional reality of long-term relationships that doesn't often find a voice in this culture. Following in the footsteps of The Kids are All Right (2010), Abby and Kate are another upper class, lesbian couple with problems in their relationship that are universal to any relationship that spans two decades. The problems of the decline of lust and passion can erode the bond of any relationship and as talk of 'lesbian bed death' has hinted at, this need for sexual variety is probably even stronger for women than for the sex that sexual wandering has been attributed to.

This is a wonderful film with so many unexpected moments and emotional truths buried within, that without such a strong lead actor, Robin Weigert, likely would not succede. She conveys so much without the need for dialog. She can simply convey the feeling of emptiness when going about her daily chores. This really is an examination of depression, mid-life crisis, and relationship turmoil that hopefully will find an audience. It has been picked up for distribution by RADiUS, an arm of the Weinstein Corporation, so watch for this in the fall.