Cities for People, not Cars. 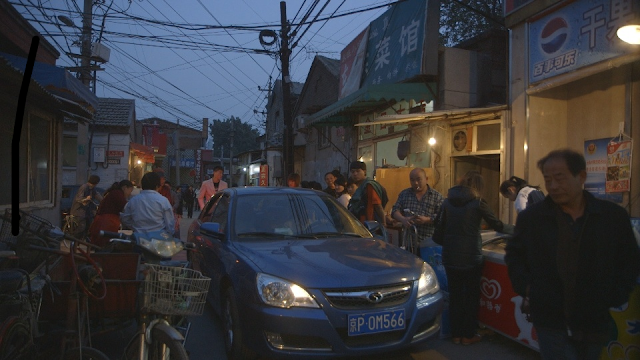 I've lived in cities most of my life, and I prefer to live in a city. However, there are frustrations with life in the city, but according to The Human Scale and the Jan Gehl, many of issues are due to poor planning, instead of just being inherent to life in the city. 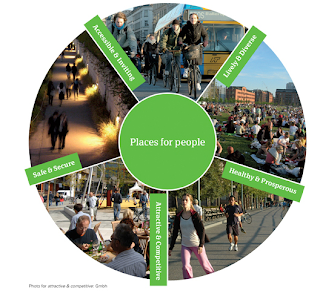 The Human Scale presents the work to architect and city planner Jan Gehl on creating an inviting, safe, sustainable, diverse, and healthy cities. This could have been a dry, intellectual documentary, but I found it highly engaging. Mostly because it was so smart on the problems of cities and how cities can be changed to favor human connection.

Much of The Human Scale can be summed up by saying that cities have changed in the last century to accomodate cars, not people. And as a result, we have become more isolated from each other, less engaged in city life, and significantly less safe.

Out of frustration over the the Fremont neighborhood in Seattle, we bought a home in a condominium complex on the edge of the Central District. The reason was that we found that we left Fremont to hang out in the International District, so it made sense to live where we were spending the our time. Well, there isn't much real estate in the International District, but I now understand why we were drawn to that area so strongly. The International District is a very active community. There are always people shopping for groceries, stopping in at bakeries, going to the temples, playing ping pong in the park, and tai chi near the community center. In addition, you can buy a healthy meal for $6 and during the summer months, there seemed to be street fairs most weekends.

But we didn't end up as close to the ID as we hoped and actually, now I spend more time traveling to downtown for appointments and errands, but once I'm finished, I never stay downtown and head to Capitol Hill.

Well, the mysteries behind my movements were made obvious by the common sense of this documentary. Capitol Hill and the ID are both more inviting than downtown or Fremont. The architecture is on a smaller scale, the shops are open and provide plenty of distraction, catching the eye as one walks by, and Capitol Hill has numeourous outside, public spaces where one can sit in the sun with a cup of coffee and people watch. Apparently it is simply human nature that brings me to this area most days. 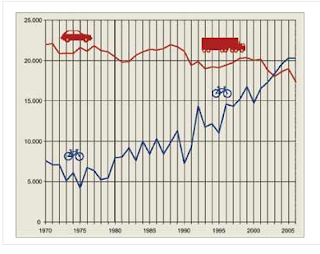 Futher more, The Human Scale details the planning behind Copenhagan and how the Danish city became less car centric in favor of humans. It created a situation where people want to walk, bike, and use public transit instead of isolating themselves inside their car or in a home 30 floors above the city. It does this by limiting buiding height, restricitng car infastructure, creating numerous walking paths and car-free zones, and an atmosphere that protects humans from cars. As a result, in Copenhagen, bike use has surpassed driving a car.

I hope that my local officials are paying attention, because these are the sorts of changes that would make Seattle an even nicer place to live. We need wider sidewalks, cycle-tracks, less parking, pedestrian walkways, and even more green spaces. Broadway and Pioneer Square should be closed to car traffic and made pedestrian only. I am so looking forward to visiting Copenhagen in August, to see how the city functions in person. And I plan to get around by bicycle while visiting, just like the locals.
Posted by DeAnna at 12:49 PM No comments:

One story of a city in the desert 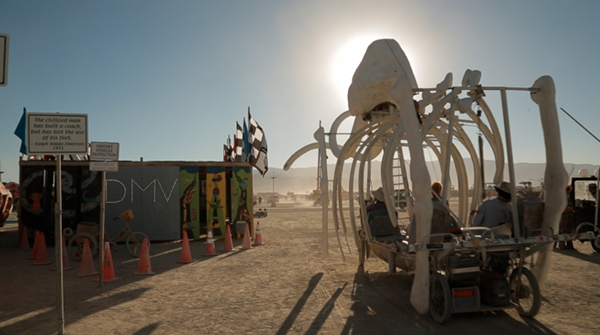 It is difficult to throw a rock in Seattle and not hit a burner, at least it seems that way. So many people have told me of the transformative experience of attending this event, held annually in the middle of the Black Rock desert. I've always remained skeptical and tend to see burners as affluent men and women that use the art and personal transformation as an excuse to take a week away from the real world and party. Meaning, I see Burning Man as mardi gras, in the desert. But stunning photography comes out of the festival each year and Spark: A Burning Man Story was an opportunity to challenge this perception.

That said, Spark was a well made film. Long time burner Steve Brown co-directed the film was Jesse Deeter, who brought to the project a decade of experience from working on Frontline. As a result, the film looks amazing. Central to the film are two artists that are creating giant art pieces for the playa, one is a burning man vetren creating Block Rock City's own wall street and a first time artist working to learn the techniques and raise the funds to build a giant, heart shaped metal shelter. Additionally, the filmmakers had access to the festival founders as well as the resulting corporation that works throughout the year to insure that the infrastructure is in place when the burners arrive. As a result, Spark: A Burning Man Story was a fascinating look at the work that goes in to creating the event, both for the organizers and the artists.

However, Spark: A Burning Man Story is just that, one story. It attempted to remain focused on the behind the scenes preparations, but also gave a brief history of burning man, including footage of the first man-totem bonfire on a San Francisco beach. It also touched upon the evolution of the festival marking numerous ways that burning man has changed with time. And the cameras were even present and rolling when the ticket crisis erupted and camps feared that they would no longer be able to participate due to lack of tickets.

But despite access to the insiders, amazing historical footage, and fortuitously creating a documentary while controversy over the ticket lottery raged, Spark never delved into these more controversial story topics. After showing some really frightening footage, I wanted to see an entire film just on the 1996 Burning Man Festival. There was a death, due to a motorcycle accident and several life threatening injuries due to a vehicle running over a tent in the night. But after showing some footage of a burning man festival that appeared out of control and mentioning 96 as a turning point for the festival, the film didn't detail the events of 1996. As a result, it was difficult to understand how the festival changed as a result. Same with the ticketing kerfuffle. There are kernels of excellent documentaries within Spark, but they were glossed over in favor of making a less controversial film. One that is still highly watchable and informative, but I would have rather seen one of the movies that didn't get made.

For the record, Spark: A Burning Man Story did in a way confirm my personal bias that the festival is an elaborate excuse for affluent, white people to party in the desert. The art that was shown was incredible and the filmmakers did a commendable job of keeping the nudity, sex, and drugs out of the movie, but it was still less ethnically diverse than the typical Hollywood blockbuster. 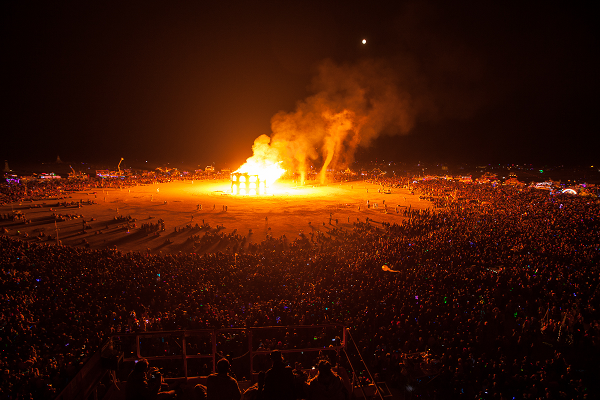 Posted by DeAnna at 2:44 PM No comments: 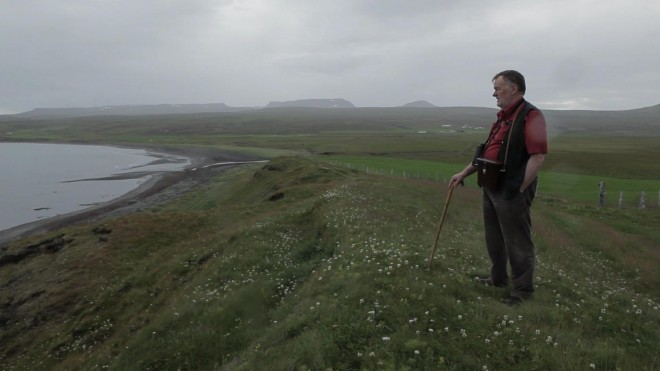 In September, I'll be in Iceland for a couple of days, so in preparation I'm doing what all good world travelers do to prepare for immersion into a different culture, I'm watching Icelandic movies.  This is a surprisingly easy task as cinema is the largest industry in Iceland, so even non-Icelandic films have plenty of obviously Icelandic names in the credits. This year at SIFF, there is only a couple of Icelandic films. One of these is The Final Member, a documentary about the Icelandic Phallological Museum and as such essential viewing for a traveler.

This documentary is centered on Sigurdur Hjartarson, or Siggi as he's called in the film, who was given his first phallus, a bull's penis, as a gift from an instructor which led to this life long habit of collecting penises. His collection of penis bones and jars of preserved members became a bit larger than the typical living room conversation piece and so the Icelandic Phallological Museum was born claiming to contain specimens from every species native to Iceland.  By filming of The Final Member, Hjartarson considered the collection complete except for obvious omission, the human penis. And this is the real subject of this documentary. Siggi's quest to obtain that last perserved specimen for the museum.

First there was Pall Arason, a famous Icelander, known for being a womanizer. Sigurdsson was pleased that Pall was willing to donate upon his death as it would be fitting to have the first human specimen be from an Icelandic man. But despite Arason being advanced in years, Icelandic men live longer than any on earth, so there is no guarantee that Sigurdsson would live to see the day the Icelandic donation would arrive. But an American, Tom Mitchell, has also contacted the museum and is very eager to have his penis be the first on display. At this point, the documentary takes a strange turn and Sigurdur Hjartarson's passion for collecting penises is demoted to a charmingly quirky past time in comparison to the lengths some will go to insure that their penis will be memorialized for generations to come.

The Final Member is informative and often very funny. Not only does one learn fascinating facts about the penises of other mammals, but it is also a portrait of some charmingly eccentric people who live in a suitably quirky place. Just the fact that the Icelandic Phallological Museum has been a tourist destination since the 1990s is an amusing fact, but the island country with a population of only 300,000 that is intensely patriotic is equally engaging. I had hoped that seeing The Final Member would allow me to be able to skip a museum, but if anything, it makes me more curious to see Siggi's collection in person.

Posted by DeAnna at 9:58 AM No comments: