How to start a festival in 12 easy steps.

This is where the impersonal, cinema blog takes a one-eighty and the personal pronoun gets polished and prominently displayed.

I made a film festival.

The first task was the easiest. Watch the submissions. There was only 120 min of video, so that was simple, but this did culminate in the first festival related panic. There is an unrelenting critic that lives in my head, although it might not seem that way from the content of All things perfect and poisonous as I very rarely write about the films that don't impress me. I take little pleasure in sharing the negative responses to cinema and much prefer to champion the cinema that I love. From those initial submission, there wasn't much that I had any desire to champion. I only loved one of the films and only another 3 stood out as interesting, but flawed. Basically, they nagged at me because if I had made them, different choices would have been made. This voice shouldn't irritate me as much as it does, because really what it seems to say is that the films are pretty good, just not the movie I would have made. I should just call this the David Lynch conundrum as Lynch always seems to make movies I want to immediately love, but instead at first I am overwhelmed with frustration, anger, and disappointment and the love and respect comes later. This basically described my initial feelings about these short films.

So the next step was to assemble a jury, to help decide which films stay. This was the first big hurdle as putting together a jury requires asking people for help. First, I don't like reaching out to others for assistance. And second, I never trust people to actually help. But doing the best to ignore the pessimistic voices, I borrowed the cinema in the hours before the first show of the day and hoped that a minimum of 4 potential jurors would show. And to my surprise they did, so I had a jury of 5 and we watched the films together and the conversation that followed resulted in the selection of the three films around which the festival was built.

Bingo. The filmmaker explained that the short was an excerpt from her feature and agreed to let me view it. It was too long to attempt to show it with any shorts and wasn't perfect, but it was quite good. Actually, the film, Remedy, was just about to return to the cutting board for a final edit and I would get it when it was done.

So that is how it happened. I was immeasurably lucky and found half of the shorts from submissions, another came from a filmmaker that I had attempted to contact early on in the search, that gave me the thumbs up to include it in the final weeks before the festival, and finally one stunning short film was 'discovered' submitted as visual art instead of film. And so the programs nearly wrote themselves.

And did I mention that I made a film festival? 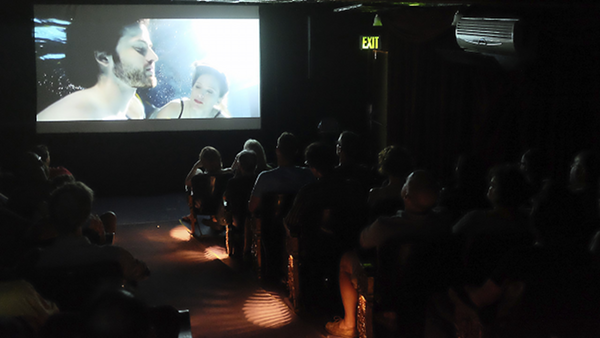