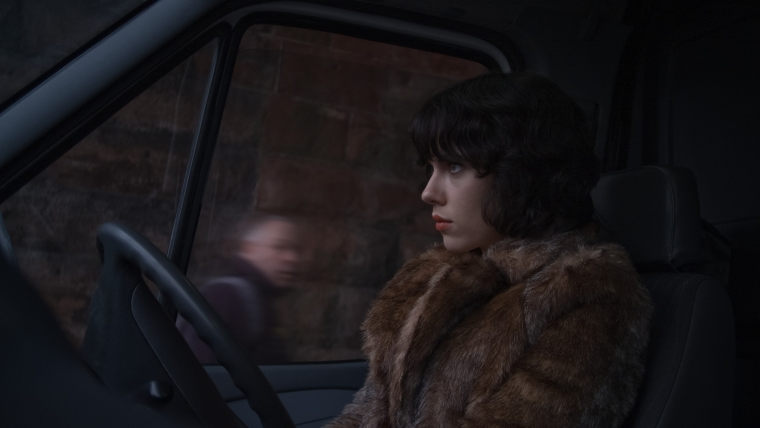 Probably the most original film viewed last year was Under the Skin, loosely based on a novel about an extraterrestrial being prowling the Scottish highlands for men to harvest. In Jonathan Glazer's film, this being is Scarlett Johansson, but unlike in the novel, the film reveals nothing about her. Instead of giving a traditional narrative, Under the Skin invites us to simply observe the alien Scarlett Johansson as she drives, using her beauty to entice the men she stops to speak with into her car. She then takes them to a place where they slowly undress as she leads them into a dark pool. The film barely hints at her purpose. All we are given is that she drives, delivering men to the mysterious blackness to be consumed in that pool, their flesh floating away.

The resulting cinematic experience of a film with so little traditional exposition, frees one to watch her as the interacts with the men she hunts. Most of these men are not actors, but Scotsmen who they encountered as Johansson drove and she remains cold and unsympathetic for the first half of the film, until she encounters a man who is disfigured, lonely, and ostracized and their conversation turns more intimate. They even touch briefly.

Under the Skin asks what makes us human? And it suggests that something essential to our humanity is within our skin. It is found in our need to be touched, to be caressed, to be held. And the final shots of the film, when the alien has shed her Scarlett Johansson flesh and looks into the now empty face, recognizing the humanity of this skin.

That is the narrative that I saw, but the beauty and strength of Under the Skin is that it is very ambiguous. This is a film made to be reflected up and that likely behave as a mirror, showing us our own beliefs within our interpretations. And it is this ambiguity along with that haunting score that made Under the Skin on of the most exciting films of 2014.